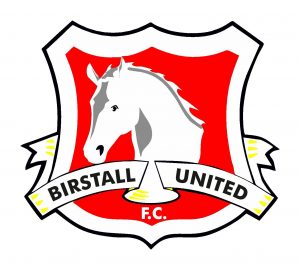 Following a few questions asking about us, we thought we’d say how we got where we currently are. FOOTBALLCARDSDIRECT started out under the owenership of Phil Daniels a die hard West Bormwich Albion fan who as a collector since childhood with Panini stickers and Topps trading cards in the playgrounds as most youngsters do, went through life collecting cards, programmes and other various memorabilia associated with football often selling to supplement collecting.

FOOTBALLCARDSDIRECT was acquired in April 2018 by KGF Cards, whom is ran by Kelly & Paul Oldcorn. We as a team have been trading successully on ebay since 2015, expanding to including Amazon in 2017. Pauls love of Football, Cards and Stickers (like Phils) goes way back to his first collection in 1976.

Acquiring the FOOTBALLCARDSDIRECT brand, enables us to work directly with our expanding customer base and whilst there are plans for which direction we want to take the website in we will be initially focussing on adding the new current items regularly from here in the UK and Worldwide along with older items already held in stocks awaiting listing.

Do you offer collection?

No, We are a mail order company only.

Do you buy or trade cards?

From time to time we do purchase/ trade cards, feel free to send us a message with details using the CONTACT US feature above but we cannot guarantee we will purchase them and please note we do not purchase any individual base cards from Match Attax or Adrenalyn  XL collections unless they are non UK sets as we buy sealed boxes and cases in bulk direct so all cards are mint straight from the packet condition. We do from time to time purchase sealed boxes or packets again depending on the items themselves and condition.

When we agree to purchase any items payment will be made after we have received the items and we have inspected them to make sure condition is as described, any cards that do not meet the agreed conditions will be returned to the customer and shipping costs will be deducted from any agreed purchase price for the items.

Do you buy from or sell to other card dealers ?

We do not buy from any other UK based card dealers, we do from time to time sell items TO other dealers who contact us direct, we do not sell to other dealers through the website, we only sell to collectors.

Do you collect cards ?

As collectors as well as sellers we are always interested in adding to our collection of West Bromwich Albion and Malaga cards/ stickers. Any card/ sticker offered MUST be in good-excellent condition with no major faults.

Are you connected to any other trading card site ?

We are regular users of the Football Card Forum but we are not connected to any other retail card site, we are totally independant and a fully registered full-time business, no bedroom bandits here and no need for us to criticise other sellers as we let the quality of our service and items speak for themselves.

WE ARE NOT CONNECTED TO ANY OTHER SITE WHICH MAY HAVE SIMILAR NAMES, ALL SITES WE OWN WILL HAVE FULL CONTACT DETAILS, IF A SITE OFFERS NO CONTACT DETAILS PROCEED WITH CAUTION.

Footballcardsdirect.com ARE IN NO WAY AFFILIATED TO TOPPS, PANINI, FUTERA OR ANY OTHER TRADING CARD MANUFACTURER, WE ARE INDEPENDANT TRADERS ONLY